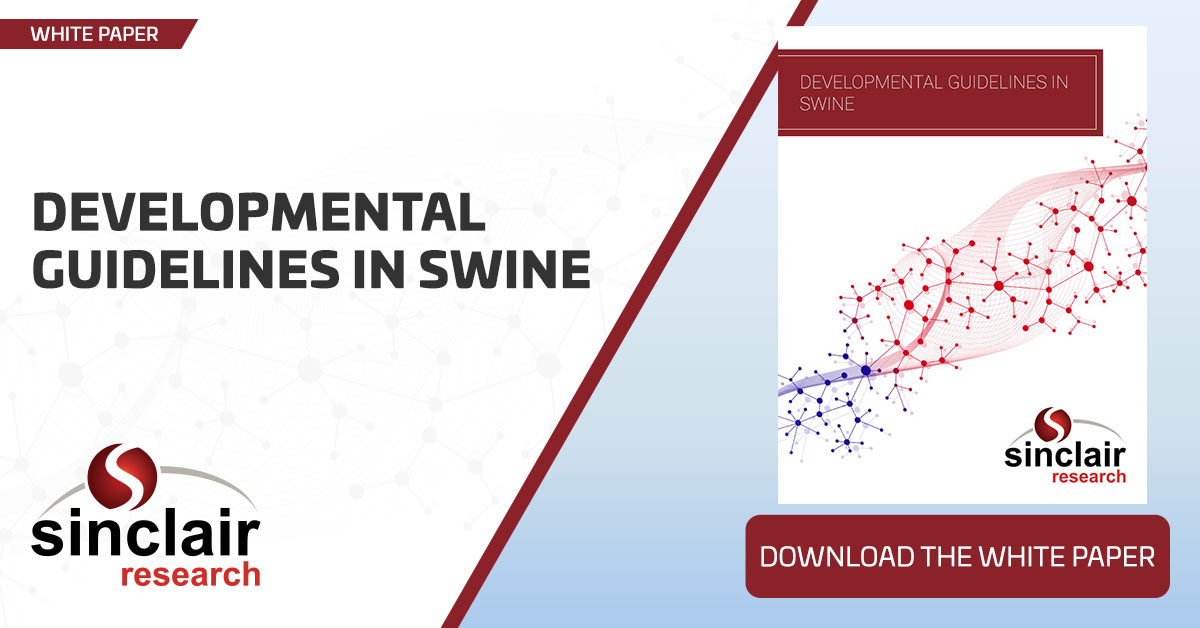 Frequently there is a need to understand the developmental stage of the animal as a whole, as well as the state of maturity of individual tissues and/or individual organs in swine when designing a research protocol. This is important both in comparing the porcine model to humans as well as making comparisons between different breeds of swine. The developmental guidelines can also be compared to other animal species. There can be differences in reactions to test devices or  pharmaceuticals due to differences in metabolism or physiology at various ages. The importance of these differences will depend upon the particular study being performed, but generally speaking most investigators wish to make comparisons as close to possible as the targeted human group. This manuscript provides guidelines based upon the literature as well as personal experience. There is not any single location where the differences between the various pig breeds and humans for all organs and systems have been described. However, there are general reference books which detail the anatomy and physiology of both farm and miniature breeds.