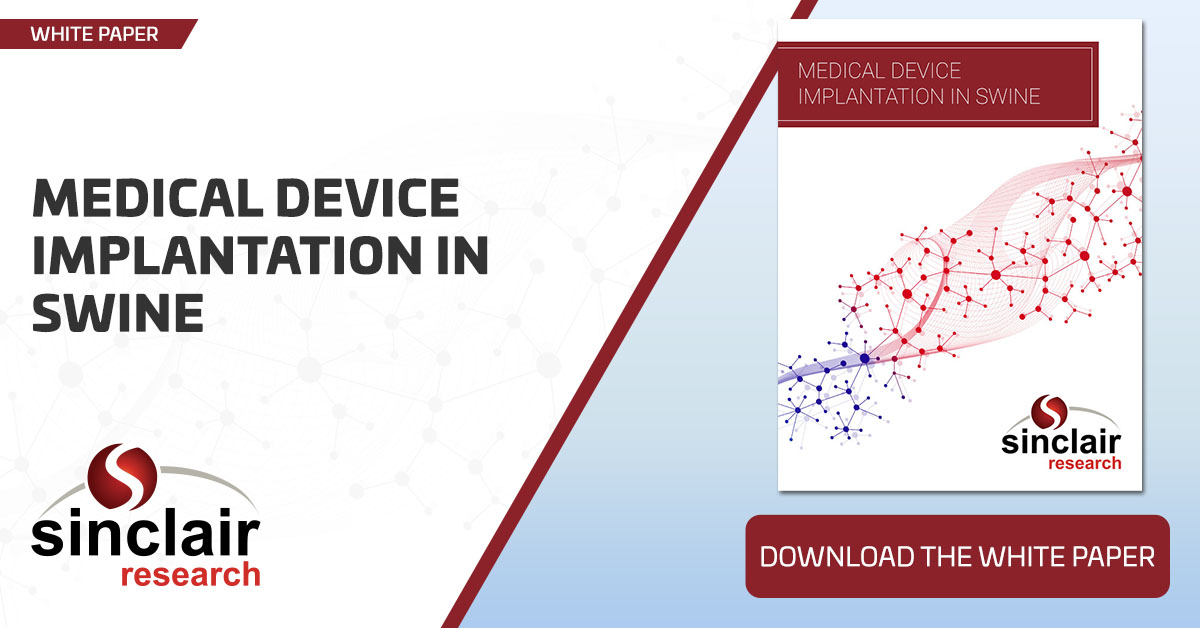 Medical devices include ones applied topically, implanted devices which have externalized components and devices which are implanted systemically. Such devices may be used in swine clinically, such as the use of analgesic patches. They may also be used as devices to aid in the conduction of an experiment, such as catheters or vascular access ports for vascular sampling procedures. However, swine are also utilized as animal models for the preclinical testing of devices which ultimately are meant to be used for diagnosis, treatment or prevention of disease processes in humans. Such devices include stents, monitoring devices, pacemakers, surgical aids such as new closure devices and any such device which is implanted intravascularly, into a body cavity or into a tissue or organ.