PIGS IN TOXICOLOGY: BREED DIFFERENCES IN METABOLISM AND BACKGROUND FINDINGS 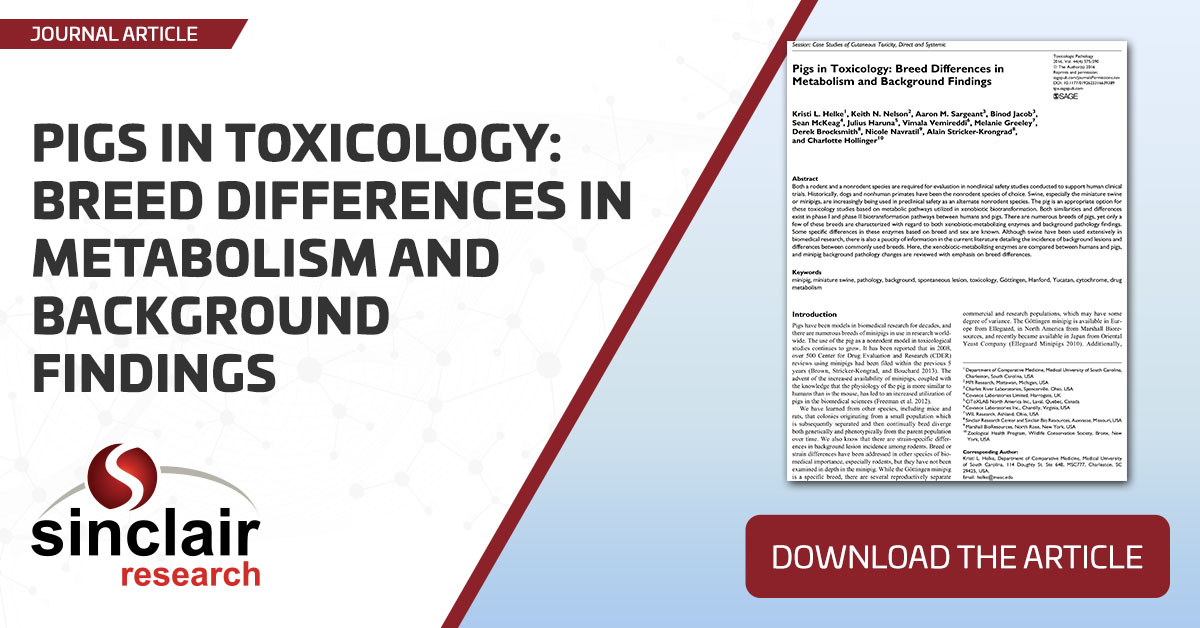 Both a rodent and a nonrodent species are required for evaluation in nonclinical safety studies conducted to support human clinical trials. Historically, dogs and nonhuman primates have been the nonrodent species of choice. Swine, especially the miniature swine or minipigs, are increasingly being used in preclinical safety as an alternate nonrodent species. The pig is an appropriate option for these toxicology studies based on metabolic pathways utilized in xenobiotic biotransformation. Both similarities and differences exist in phase I and phase II biotransformation pathways between humans and pigs. There are numerous breeds of pigs, yet only a few of these breeds are characterized with regard to both xenobiotic-metabolizing enzymes and background pathology findings. Some specific differences in these enzymes based on breed and sex are known. Although swine have been used extensively in biomedical research, there is also a paucity of information in the current literature detailing the incidence of background lesions and differences between commonly used breeds. Here, the xenobiotic-metabolizing enzymes are compared between humans and pigs, and minipig background pathology changes are reviewed with emphasis on breed differences.