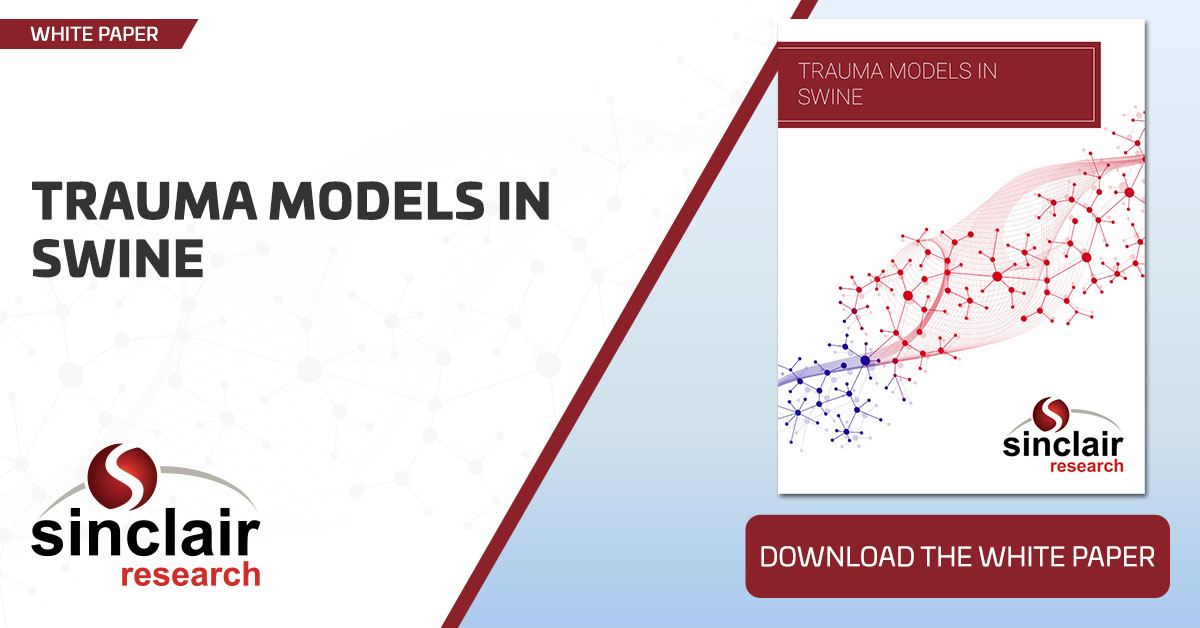 There has been an increased interest in the development of animal models of trauma largely due to worldwide conflicts involving terrorism. Many governmental agencies have developed funding mechanisms for the treatment of major trauma as well as rehabilitation techniques. Swine have become one of the primary species of interest in this field. Trauma and hemorrhagic shock are usually combined. Major multiple organ and tissue trauma occurring following an event such as an explosion is referred to as polytrauma. A separate manuscript on hemorrhagic shock as an isolated event is available as well as a manuscript on skin burn injury models in swine. The anatomic and physiologic aspects of these porcine models has been described in depth.